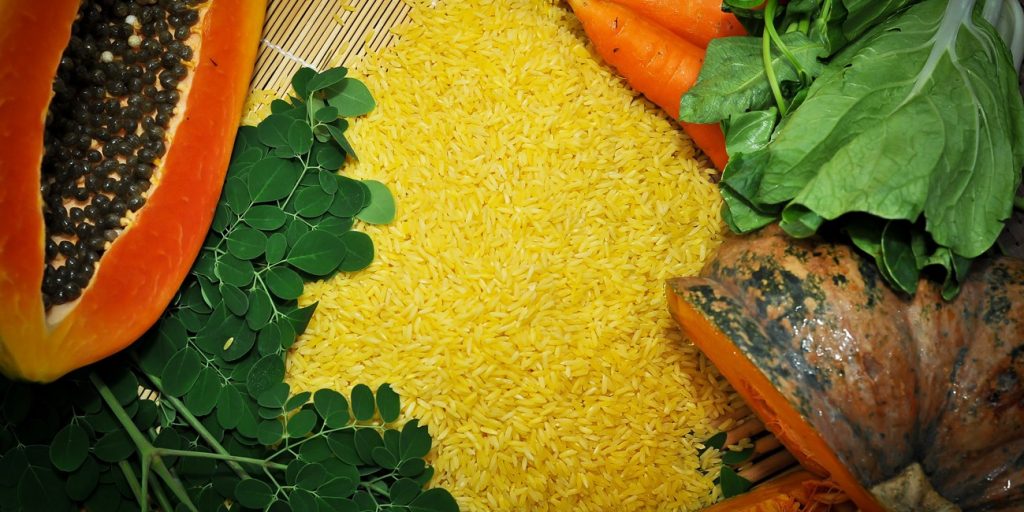 The Philippines ended 2019 with a progressive step, when they became the first country with Vitamin A deficiency (VAD) to approve GM golden rice for cultivation and consumption, making it a landmark judgement. The government report stated that Golden rice is safe for consumption for humans and animals, same as the traditional rice varieties[1].

Philippines has had a long-documented history of VAD in children despite monumental public health interventions like oral supplements. The International Rice Research Institute estimates that Vitamin A deficiency has been on the rise in The Philippines for the last five years, affecting children as young as 5 months.

The research on developing a variety of rice that could help address VAD started in the 1990s and Golden rice was developed in early 2000s. The variety was developed by enhancing the amount of beta carotene in the grain, a yellow and orange pigment which is found in plants and the human body converts these pigments to Vitamin A. Already present in carrots and sweet potatoes, the pigment held answers to help developing countries fight VAD if they could include the pigment in their staple diet- rice.

Since development, golden rice has been studied and its potential impact evaluated by many credible organisations. Detailed comparison between Golden and traditional rice varieties shows that there is no compositional difference in terms of fibres, sugars, fatty acids, etc between the two. The only difference is in the amount of Beta Carotene which is a Vitamin A precursor.[2]

In addition, Golden rice can alone provide 30 to 50% of the estimated average requirement of Vitamin A in pregnant mothers and young children, thereby addressing the deficiency at the very root cause[3]. ISAAA also estimates that Golden Rice can help address 57-99% of vitamin A requirements in preschool children in The Philippines and 89%-113% requirements in Bangladesh.[4] If countries approve golden rice, they can also enjoy significantly reduced health costs and annual monetary gains between $23 million and $137 million[5]. Not just this, the golden rice variety is also an input efficient grain, as it requires 30% less water[6] as compared to traditional rice varieties. This is a huge advantage given that rice is a water intensive crop and we need to manage water consumption in agriculture for the betterment of the planet.

In India, the future of Golden Rice is far from being certain. As a rice eating country, India is definitely a potential market especially given the VAD problems in the country as well. Hence, we must learn from The Philippines and several other countries including the United States, Canada, New Zealand and Australia which have cleared the variety of safety issues.

2020 is a start of a new decade, and hopefully also the start of a new thought process for all of us. One where we give science a chance, and allow for scientific facts to present a case. If India wants to address its challenges of VAD, we must be open to bringing Golden Rice to the country, and its citizens.