Our environment is a delicate balance of biodiversity and climate that respond of human interventions. Agriculture is most impacted by any changes in this balance and contributes the most to the environmental changes. Agriculture systems have been facing new environments that are changing faster than their rate of adaptation in different habitats and ecosystems. The ecological landscape is being substantially altered by warming temperatures and changing precipitation patterns, which in turn endanger the habitat of some plant and animal species. As a result of inclement weather conditions like drought, heat wave and flood the agricultural output has decreased and the world’s food supplies are impacted. Various warming scenarios are predicting a greater global drop in agricultural output. 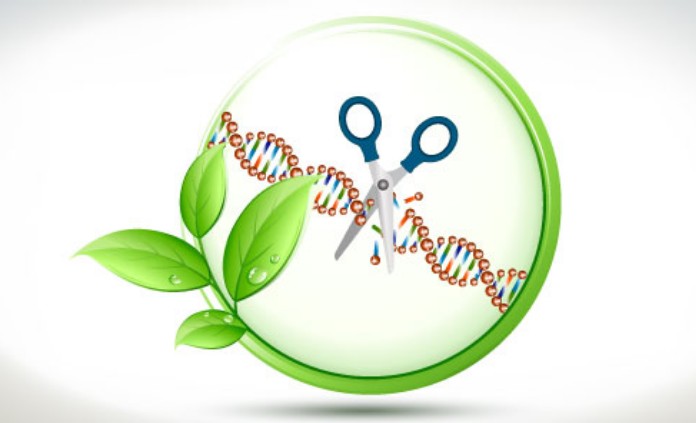 THE CUTTING-EDGE TECHNOLOGY OF GENE EDITING COMES TO THE RESCUE

Gene editing lets researchers to genetically alter specific locations in an organism’s genome. Compared to other plant breeding techniques, it is precise, quick, efficient, and less expensive. By enhancing features like increased nutrition, pest and disease resistance, and drought tolerance, editing technology enables us to improve the quality of crops. A few examples of recent gene editing research and applications that will help plants adapt better to climate change are listed below.

BUILDING TOLERANCE OF SALINITY IN RICE

Drought and salinity are two significant abiotic factors that influence rice, demanding an investigation into the possibilities of utilizing gene editing to develop resistant varieties. One such investigation involved using CRISPR/Cas9 to disable the rice gene OsRR22, which is linked to salt susceptibility. Edited rice plants performed better under high salt conditions without a drop in grain yield, plant biomass, or grain quality.

The primary locations of water loss in plants are the stomata, which are anatomical structures on the surface of all agricultural plant tissues. Rice has been edited by focusing on stomatal growth to increase its resistance to drought and hot temperatures. In a specific study, rice lines with lower stomatal density showed encouraging yields in extreme drought and maintained lower temperatures. Thus, by lowering stomatal density through gene-editing methods, plants may be better able to withstand water shortages and likely be more tolerant to heat.

For efficient banana harvest and mechanized plant maintenance, experts recommend dwarf cultivars. The creation of a semi-dwarf type of banana has been aided by gene editing.  CRISPR/Cas9 was used to create knockouts of genes involved in making certain plant hormones that regulate various developmental processes.  Strong winds and storms are predicted to get worse due to climate change; this semi-dwarf variety may be more resilient to lodging and wind damage.

Gene editing techniques can also assist knock-ins (gene insertion) in addition to producing knockouts. To boost drought tolerance in maize, scientists employed CRISPR/Cas9 to introduce a gene promoter in a particular region. ARGOS8, a gene linked to drought tolerance, was preceded by an alternative maize promoter. Greater grain production was made possible while sustaining yields under normal growth conditions because of this exact insertion.

DEVELOPMENT OF VIRUS RESISTANCE IN CUCUMBER

CRISPR/Cas9 was utilized to prevent viral infections by creating deletions in the eIF4e gene in cucumber. Reduced symptoms and viral buildup were seen in homozygous mutant lines that were resistant to papaya ringspot virus-W, zucchini yellow mosaic virus, and cucumber vein yellowing virus.

Gene editing techniques have created enormous possibilities for crops that can better withstand the effects of climate change. As discussed above, several gene editing initiatives have demonstrated promise in promoting climate resistance. Consequently, the use of advanced technology like gene editing in crop production is strongly recommended by several experts in the agriculture sector. According to scientists, gene editing can aid in developing robust crops to counteract the detrimental effects of climate change on agricultural production.