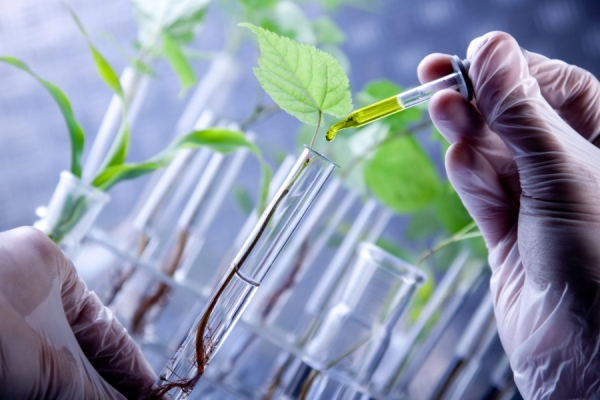 According to the latest report by ISAAA, “The State of Commercialization of GM Crops: 2018”, biotechnology was the fastest adopted crop technology in the world, as biotech crops increased almost 113 times since 1996. With an accumulated biotech area of 2.5 billion hectares across the world, biotechnology also diversified its offerings to consumers.

However, as many countries opened their doors to new and existing biotech crops, India continues to remain in a state of ambiguity. On one hand is the moratorium on Bt Brinjal and issues with trials of GM Mustard, on the other, India continues to be the leader in export of cotton with Bt cotton crops. Hence, India’s stance on growing and consuming GM crops is not clear, with multiple delays and hurdles.

One reason for this is the many myths surrounding the efficacy of the technology, which has led to blurred perceptions. However, leading scientists of the country including Swapan Dutta, CD Mayee, Bhagirath Chowdhury, RS Paroda, G Padmanabhan and others, recently wrote an article titled “India needs GM technology in Agriculture” in Current Science, that addresses several myths around the GM technology to give a clear and scientific perspective on the situation. This blog is also inspired by the article which can be accessed here.

One of the biggest concern naysayers have is that genetically modified crops (especially Bt and Herbicide-tolerant crops) have genotoxic effects. But this concern is addressed in many reports that have established that “Bt traits have increased insect biodiversity on the field”, “reduced the gap between actual and potential yield” and “GM foods are as safe to eat as conventional foods and don’t pose  any risk to the environment”. Read more here.

The other concern comes from the misconception that Bt Cotton has failed in India. But Bt cotton is the reason that India stands strong on the world map for cotton production. With a 95% adoption rate, Bt cotton helped raise cotton production from a meagre 13.6 million bales (in 2003) to over 39.8 million bales (in 2017), an estimated 30% increase with an average farm income gain of $207/ha (after removing the cost of technology). With such demonstrated impact, one cannot even fathom the origin of this myth that Bt Cotton was a failure in India.

All the stakeholders- policy makers, farmers, citizens and advocates must consider that scientists are a committed community themselves and are conscious of the affects their products create. Similarly, the Indian regulators abide by strict guidelines to evaluate the GM crops as such as well as its impact on the environment in multiple locations and years, before approving their cultivation. Hence, each biotech crop is designed specially to solve the contextual problem of that area. Bt Cotton was designed to fight bollworm attacks and assessing its ability to fight other secondary pests is not the right approach. It is important to continuously improve technologies and reinvent it to upgrade with the times. Hence, a policy framework to research and develop GM technology in India is important.

nterestingly, apart from the economic gains sighted above, using biotech crops has also led to many social benefits. Dr CD Mayee and Dr Bhagirath Chowdhury observed in their studies that when farmers enjoy improved income through biotech crops, they are able to improve the standard of living for their families. Most importantly, they focus on better education, health and nutritional opportunities. According to one such study, farmers invested 75% more in healthcare facilities of their family members, enjoyed a 77% increase in consumption of nutritious food and demonstrated an 85% increment in investment in education of their children.

At a time when small scale farmers are leading the adoption of biotech crops across the world it is a misfortune that Indian farmers do not have access to the latest innovations and the right to decide whether they should use them or not. However, the report brings to light a holistic picture of the pros of GM technology. It builds a strong case for considering the technology and building an environment that safely and scientifically assesses its impact.