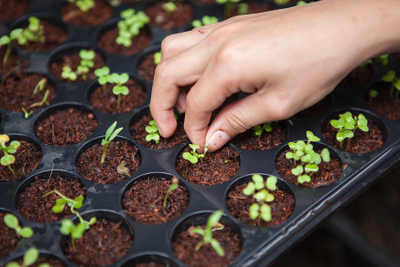 Plant health is pivotal to the food that we eat and with rising challenges due to climate change, it has become more important to ensure that health of plants are maintained for sustainable crop production. To bring attention to the issue, the Food and Agriculture Organisation announced 2020 as the year dedicated to plant health.

Seed innovation is crucial for restoring plant health and enhancing them to fight climate change and bring nutritious food to the consumers. Here are three seed innovations which are transforming agriculture by developing sustainable plants.

Pests are a major source of crop loss worldwide. Cambridge reports suggest that the total global potential loss due to pests varied from about 50% in wheat, more than 80% in cotton production, 26-29% for soybean and 31%, 37% and 40% for maize, rice and potatoes, respectively.  Biotechnology plays an important role in developing insect resistant crops which are better managed to fight pests internally. For eg crops such as cotton equipped with δ-endotoxin genes from Bacillus thuringiensis has helped create pest resistant cotton. Similar pest resistant Brinjal, maize and potato varieties have gone on to help farmers and consumers with bountiful produce.

Seed innovations such as gene editing technologies, CRISPR etc are helping scientists to develop drought tolerant, salt tolerant, heat tolerant and many such varieties of healthy crops which are suited to the area’s climate conditions. These qualities have helped crops fight climate change and provide healthy food. Such advancements have helped manage production of maize, corn, wheat and other essential grains across sub saharan African countries and many developing countries of Asia as well. Drought tolerant crops are estimated to retain 17.5% more moisture than traditional varieties to help endure drought and reduce requirement of irrigation.

Overall, improved seeds require less inputs than traditional seeds. Through seed innovation, farmers saved 183 million hectares of land from plowing & cultivation as these plants are healthy even with less inputs. Estimates by PG Economics (2014) stated that to maintain the level of production for the year, using traditional crops, farmers would need land equivalent to 12% of the available arable land in the US.

Despite the benefits that seed innovations have, it has seen resistance across the world. However, countries such as Kenya, Nigeria, The Philippines, Vietnam etc have shown an open mind towards adopting such innovative technologies. Seed innovation is one of the most misunderstood scientific interventions in agriculture, despite no documented adverse effects of human health. But with International Year of Plant Health and renewed discussions on the role of seed innovation, an improvement in the acceptance and adoption of such technologies is expected in the coming future.