Plant health is essential for both human and animal life and is an important component of the complex connections between humans, animals, and the environment. Plants are the primary source of nourishment for animals and provide approximately 80% of the food consumed by humans. However, our plants are in more danger than ever before, and it is critical to raise awareness about the importance of plant health and the steps that must be taken to reduce the dangers of plant pests and diseases. A greater understanding of how to control the spread of invasive pests will help us strengthen the global food supply chain.

THREATS TO THE HEALTH OF PLANTS

According to the FAO, forty per cent of global crops are lost each year owing to pests and diseases. This could become a more challenging scenario, given our rapidly growing human population, challenges of climate change, and vulnerability of a long food supply chain.

Plant health issues can be caused by a variety of circumstances. Based on whether they are living or non-living, these elements can be separated into two groups. Environmental stress or cultural care are examples of non-living disease agents, sometimes known as abiotic agents. Microorganisms such as fungi and bacteria are examples of living disease agents, often known as biotic agents or plant pathogens.

Measures to prevent or treat infections, such as the use of pesticides, if not used in appropriate amounts and manner may be overused and influence on the health of agricultural workers and customers, as well as make pests resistant to the chemical.

HOW PLANTS NATURALLY PROTECT THEMSELVES

Viruses, bacteria, and fungi can make plants sick, just like any other organism. Insects, herbivores, and omnivores prey on them. Plants have been reasonably successful in surviving the combined attack of such a diverse group of species. While they are unable to fight or flee from a predator, they have evolved extremely effective ways of reacting.

Plants have walls around their cells that protect them from diseases and can produce chemicals that repel pathogens or attract defensive agents. They’ve developed an immune system that, when infected, can cause cell death, isolating infected areas.

Plant health is under threat as a result of an increase in the number and frequency of new and reemerging pests as a result of intensification, globalization, trade development, and climate change. We are already witnessing the spread of novel diseases, which are, in some cases, the result of climatic change that favors the spread of pathogens or their carriers.

New fungal diseases are wreaking havoc on cereal crops and banana trees, resulting in significant production losses. Bacteria such as Xylella fastidiosa damages Mediterranean fruit trees such as olive and almond trees, wreaking havoc with the livelihood of the farmers and tradesmen.

Farmers are well aware of the importance of cultivating plants in order to ensure their optimal health. Increasing plant resistance to diseases is the top issue for farmers in agriculture. They often use a variety of remedies to safeguard their crops, but these compounds can cause environmental or human health issues in some circumstances. Reduction of crop protection products is a top priority in many parts of the world.

Alternative plant protection strategies have been developed, such as integrated pest control or the use of transgenic cultivars that can combat insects. One of the most effective ways is to introduce resistant traits through selective breeding. This is also being done with the help of modern genome editing techniques.

Plant health is crucial in the face of global concerns, including climate change, among many other challenges. Competition between crop resistance and disease adaptation has always existed between plants and pathogens. It is our responsibility to use the greatest research available to better understand these interesting biological processes and to give breeders and farmers the tools to help them grow healthier plants in their fields. We need to focus on building robust plant ecosystems to safeguard the environment and biodiversity, as well as to improve livelihoods and help create sustainable growth.

Drought in agriculture leads to severe economic losses for the farmers and the country. This is now being intensified due to climate change and the frequency of drought is increasing each year. There are reports highlighting drought as one of the key factors that is contributing to the continuing rise in the number of hungry people and jeopardising the food security of countries.

Sustainable management of natural resources is an integral part of growing healthy crops. Since the economic liberalisation and introduction of new crop varieties, farmers have been using water in abundance without adopting sustainable practices and it has resulted in the lowering ground water table and degradation of the health of soil. India is an agrarian society and majority of the farmers are small holders. This indicates that they are not equipped to deal with losses posed by unpredictable weather and they do not have the financial capabilities to get access to technologies that can help them adopt a different strategy. 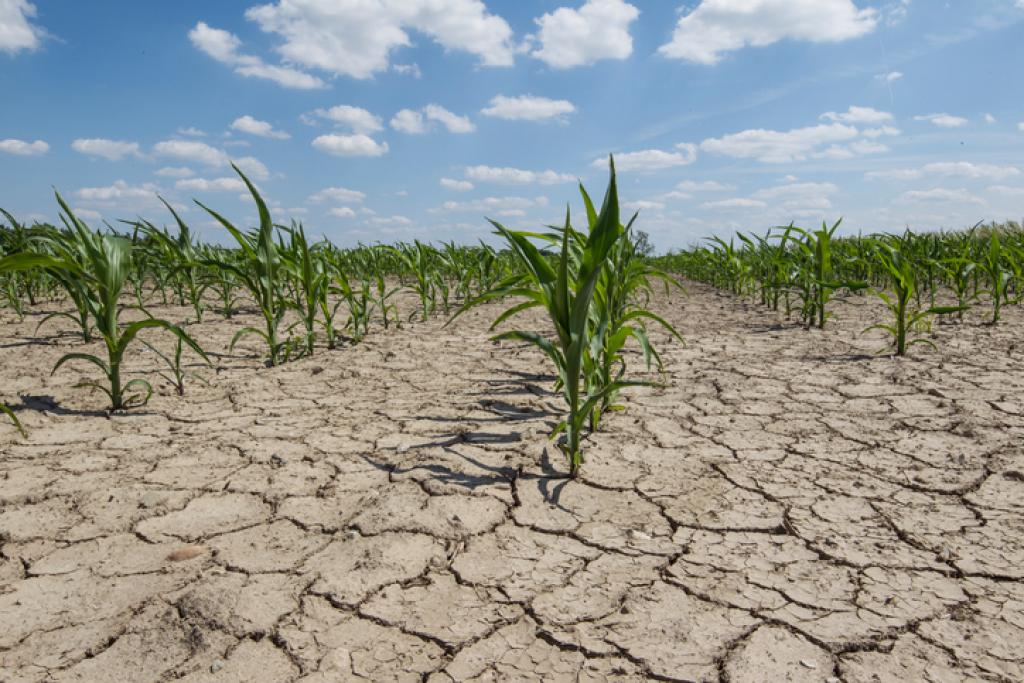 There are several drought tolerant hybrid varieties in crops in India like rice, wheat, maize, sorghum, pearl millet, barley, chickpea, groundnut, soybean, sugarcane, cotton and jute. Recently, 35 new crop varieties were dedicated by the Prime Minister of India to the nation,of which several are drought tolerance varieties. While farmers are adopting these varieties, they have not been able to achieve optimum production level.

Another challenge involves accelerating the breeding of improved varieties, as it takes scientists 10 or more years to commercialise the product. In this period, the scientist after breeding the variety, tests the seed to accurately characterise the traits involved and the tests are carried out in multiple locations. With the rapidly changing environment, 10 years is a long phase to predict the desired results, further, not many farmers are aware of these varieties that are available in the market.

Given the several roadblocks in developing and realising the benefits of a new heat tolerant variety, adoption of innovative technologies to overcome the challenges is critical. Gene editing can rapidly decrease the breeding time to two years and introduce beneficial traits at the same time. It allows breeders to work within elite plant’s own gene pool to try to reach the same endpoint as they would through more traditionally breeding methods–but with greater precision and efficiency.

The use of gene editing to develop new plant varieties isa promising and growing field. Gene editing applications that lead to DNA changes that could also occur in nature or from more traditional breeding methods particularly are of most interest. Because of this, genetic changes resulting from gene editing cannot reliably be differentiated from the same changes that can occur by traditional breeding or spontaneously in nature.

The primary benefit from gene editing is that it is flexible and can provide more choices to the breeders. Because of its ease of implementation, small entities, public sector institutions, start-ups, smaller companies can develop innovative products without concerning themselves on upfront investment. Therefore,staple crops which are water guzzlers like rice, maize, soybean, wheat, beans need improvement through gene editing. Many countries have paved a path of predictability and acceptance in gene editing guidelines which has encouraged scientists, developers, institutions, start-ups to evaluate and develop crops that can be made healthier, cheaper and which complements the environment to sustain the crop and food security. We believe India too will realise the opportunity that gene editing has provided to the world and make the nation and farmers at one with other countries. 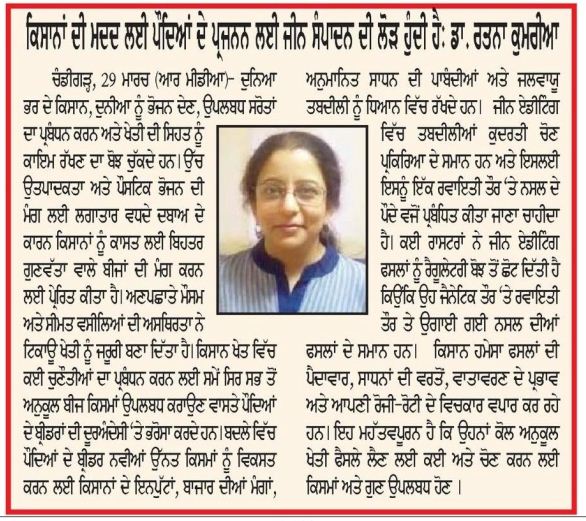