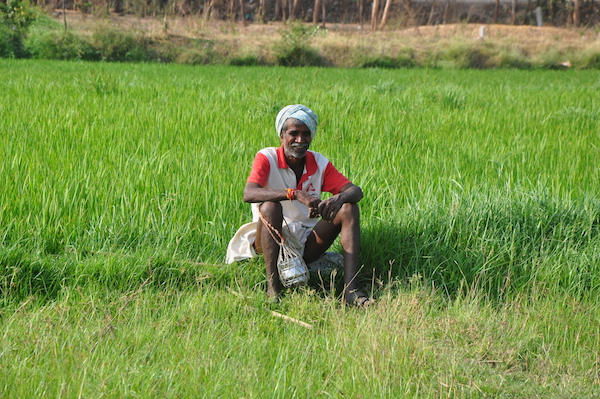 Agriculture in the 21st century is facing significant challenges, most importantly the pressure to feed the growing population. Set to reach 9.8 billion people by 2050, the food demand is estimated to increase by 50%. This burden will be passed on to the developing countries, where resources are limited.

If we want to sustain the food demand, we will have to adopt multiple steps like restoring unproductive land, avoiding deforestation, encouraging technological interventions for seed productivity, resource management, reducing food wastage etc. Therefore, it is consequential that we –

While measures to manage food demand is important, the world must look at ways to boost production of agricultural output without expanding the agricultural land. For this, improvement in crop productivity is essential by deploying technological interventions and innovations.

A report by World Resources Institute, “Creating Sustainable Food Future, December 2018” states that to make food supply sustainable, it is important to boost efficiency of natural resources used in agriculture. It implies that we need to produce more food per hectare which will reduce the need for agricultural land and the emissions in production processes. The report further mentions that farmers have enjoyed increased yields by farming in smarter ways and are using technologies which are opening up new potentials.

In this regard, breeding of improved crops has historically proved to be very effective. This is primarily because crop breeding has equipped farmers to maintain their crop productivity while coping up with external factors such as climate change and unpredictable monsoons. Many studies have shown that countries such as Brazil and China, which have continuously invested in crop breeding techniques and adopted a favourable policy structure, have seen vast improvements in their yield.

Here the key word is “continuous”. The process of innovation is not one time, and these countries have invested in bringing new and improved varieties for their farmers in a sustained manner. For example, in the US, improved varieties of maize were introduced at an average of every three years. However, there are several countries which takes as long as 13-23 years to introduce new varieties for farmers to adopt. (Source: Atkin et al 2017)

At this juncture where policy makers and researchers across the globe have chosen to prioritise feeding the growing population and mitigating climate change as their goals, India cannot afford to dwell in the realm of food insecurity. With the vast pool of researchers and scientists that the country has produced, we need to accept the potential that technologies such as gene editing bring for agriculture and food production. Today, investment in global public agricultural research is approximately $30 billion per year whereas private investments are merely $4 billion. For a sustained growth, it is essential to tap this vast opportunity and invest in research in a sustained manner to bring in new technologies and innovations.

In the next part of this blog, we will talk about two key crop breeding techniques – genetic modification and gene editing.